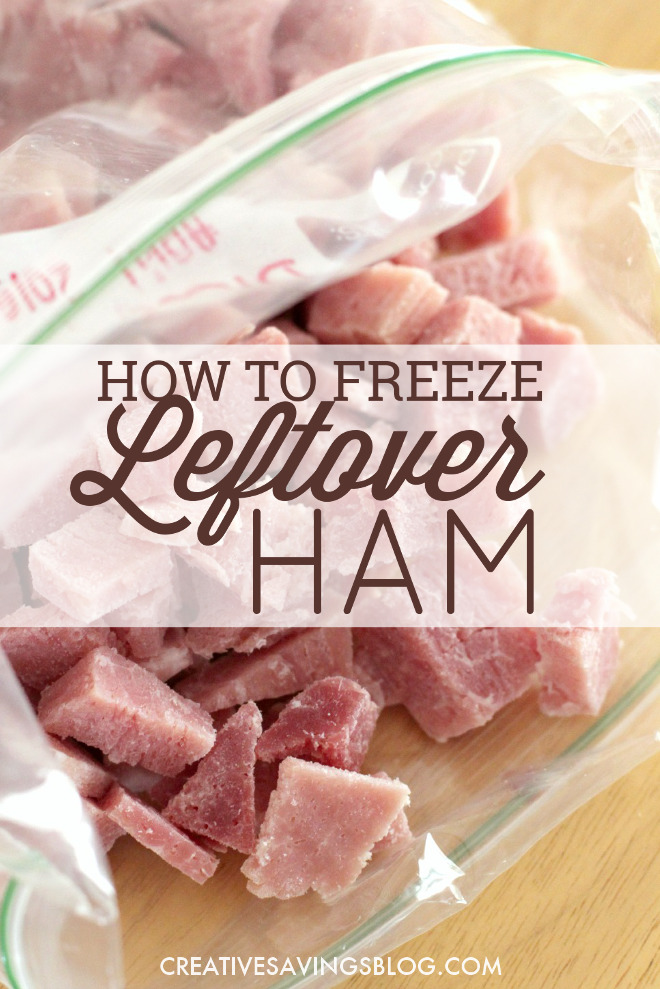 I'm not a huge meat-eater, but ham is one of my favorites. And since Joseph doesn't care for any ham except for the very thin deli kind {weird, right?}, I'm stuck waiting for the traditional Easter dinner to have my fill.

This year, we hosted a sort of pre-Easter/Birthday celebration with family, and I thought a nice juicy ham would be perfect to feed everyone. Little did I know how much ham we would be left with that night, even though we sent some home with all of our guests!

Since I'm still able to sneak ham into casseroles and soups without complaint, I thought the leftovers would be perfect to dice and freeze for a later meal. I always have a ton of recipes clipped that call for diced ham, and I've never really wanted to buy a $20+ ham just to use in one casserole.

This no-waste solution couldn't have turned out any better, and now I'm going to keep my eye out for discount hams from here on out, just for this purpose. You might want to grab one when you see a sale too!

How to Freeze Leftover Ham:

Step 1: Get out a cutting board, knife, ham, and a clean baking sheet, and begin to cut the “crust” or top of the ham off each slice. Does anyone actually eat this part? Maybe I'm weird. 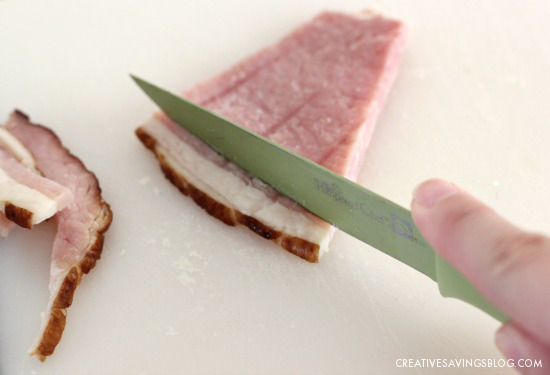 Step 2: Cut ham into small squares {you pick the size}, and spread out onto a baking sheet. 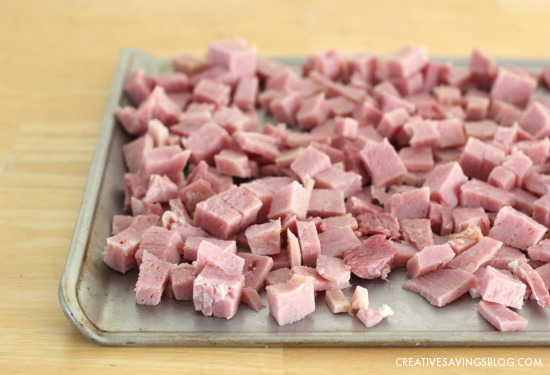 Step 3: Flash-freeze for about 10-20 minutes to harden each ham piece so they don't clump together. In the meantime, grab a gallon freezer bag and label so you don't mistake your ham for something else! 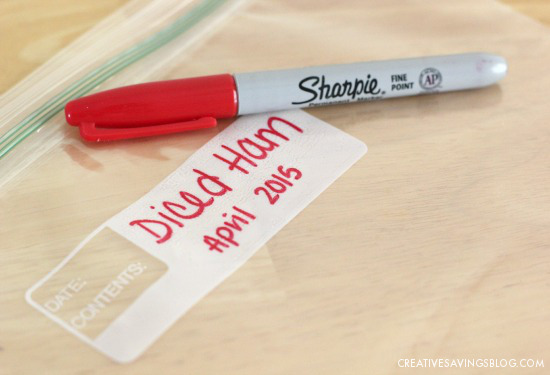 Step 4: Take a spatula and run it under the ham to detach it from the baking sheet {it might have frozen to it a little — no biggie}. Then pop ham pieces into your bag, seal, and throw back in the freezer. 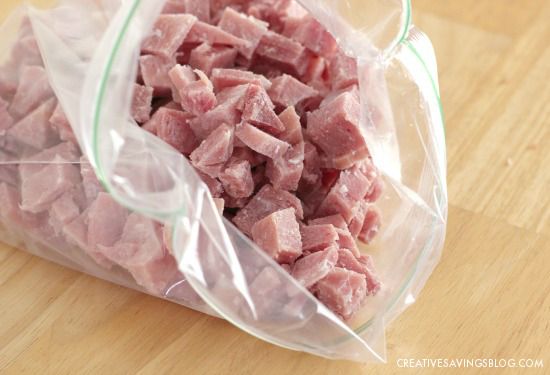 I had actually never frozen ham before, but figured it would pretty much be the same as freezing bacon bits {it was}, and the process took really no time at all. Plus, I didn't let any piece of that expensive ham go to waste!

Now the next time a recipe calls for diced ham, I'll be totally prepared.

Have you ever frozen leftover ham before? 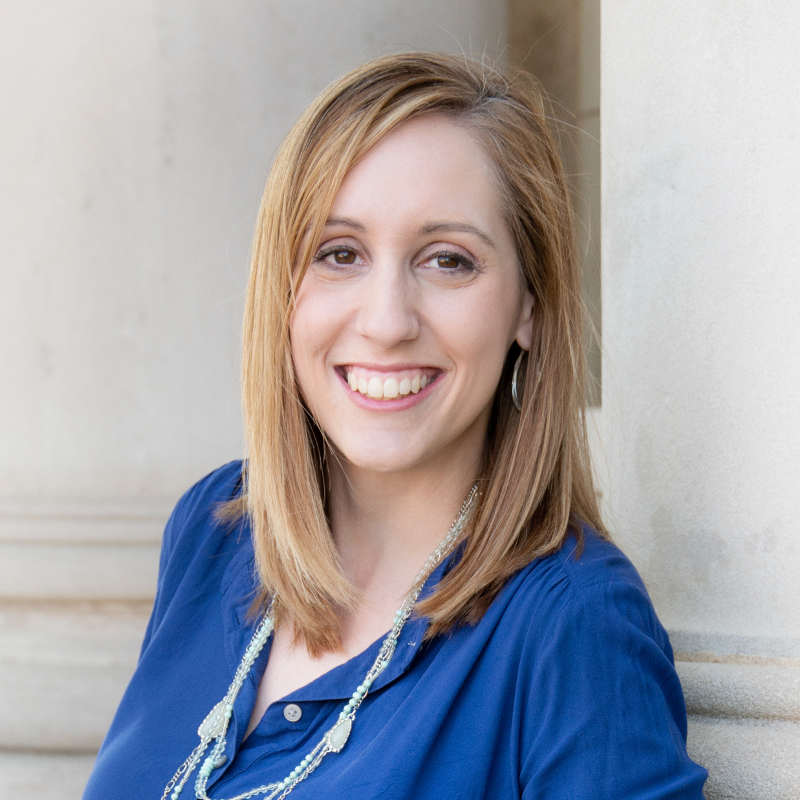 Did you know clutter and disorganization are not j

I used to think "Word of the Year" was super chees

I understand the hype about weighted blankets now-

Calling all bookworms…my 2019 reads are official

If you haven’t found the perfect planning system